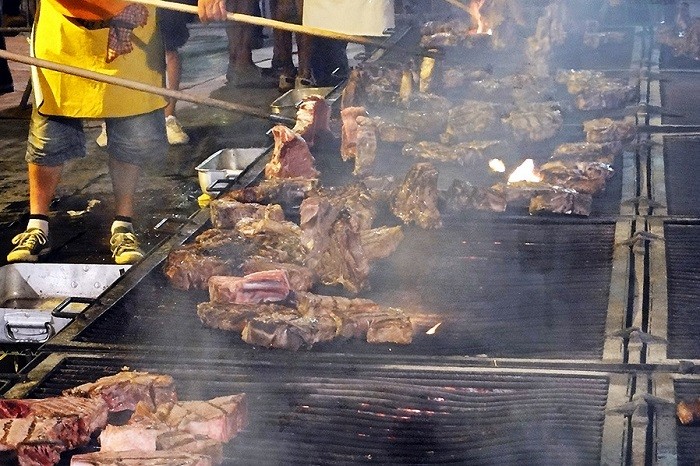 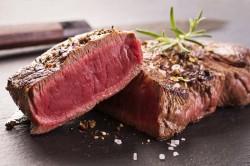 Tuscany is positively home of the “sagra”, and when the spring arrives, a lot of posters appear on the walls, like flowers in the fields, promoting upcoming festivals in Tuscany. Sagra is a typical country festival, usually based on some local specialty, promoted and organized by a local non-profit organization (e.g. sport teams, recreational entity etc.). It is a place where you can find the real typical Tuscan cuisine! This time we want to talk about three traditional sagras specialized on meat!

The first word you have to know is “bistecca”, a recurring word on meat-based sagra. Legends say it comes from English language: during the XIXth century merchants and travelers from England appreciated a lot the typical Florentine steak “Fiorentina”. They always used to ask for “beef steak”. For local chefs with the poor knowledge of English language it was quite difficult to pronounce “beef steak”, thus it became “bi-stik”, and finally “bistecca”.

Let’s start with the 57th edition of the “Sagra Della Bistecca di Cortona”. 57th… it means that the first edition was held in 1959, and this would be enough to visit it! This glorious sagra come to pass in Cortona (Arezzo) every August and it is well known for the biggest barbeque in Italy: 14 sq. meters of bbq just for you!

Obviously the “bistecca fiorentina” will be the queen of this festival, but you will find also many other types of food, all belonging to this territory. All this delicious meat will come in good company with Chianti wine and Cortona Doc. My personal tip is to try the second one, which is very particular and very local.

Moving through Tuscany toward the sea, another meat festival takes places in August – it’s “Festa Della Bistecca” in Pieve di Fosciana (Lucca). Summers are hot in Tuscany, and lots of people escape to the hills looking for some relief. Pieve di Fosciana is a characteristic borgo on the slopes of Apuan Alps, a place of peace, relax and… very good food.

During the “Festa Della Bistecca” only meat from the local farms can be served, and there is often some local wine tasting event. The organizators also have a very interesting attraction called “La sfida dei 2 kg” (it means “the challenge of 2 kg”).The rules are very simple: eat a 2 kg of beefsteak plus 2 side dishes in 1 hour and you will be in the hall of fame, and you will not pay the dinner! If you will leave something on the plate, you lose. If you will finish it in more than 1 hour, you lose. If you get sick, you lose! Are you ready to be next rival? Find out more: www.festadellabistecca.it 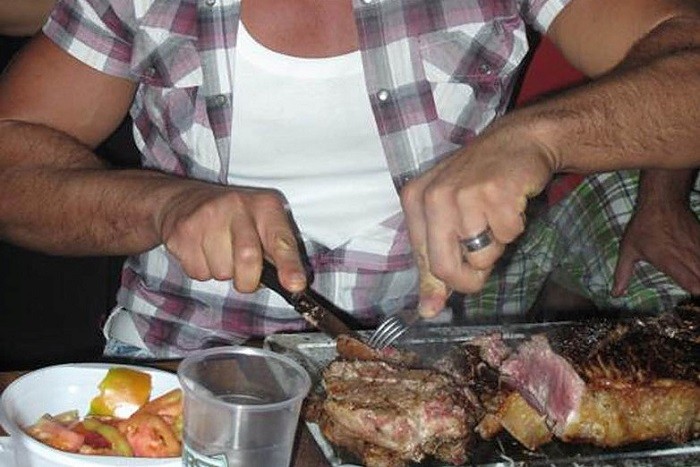 Last but not least. One of our favorite is “Sagra del Cinghiale” in Gabbro (Livorno), usually held in late July. During the festival the beefsteak is present, but it is not the protagonist. The “star” here is the wild boar, typical for the hills between Livorno and Rosignano Marittimo. The boar is cooked in many ways: you will find it like appetizer on top of crostini, with pasta “pappardelle al ragu di cinghiale”, and served like main dish in many ways! Gabbro is close to the seaside but on the hilltop so you can spend the day by the sea and then have some fresh and typical food here. Chianti will be the perfect match with wild boar meat based dishes, but remember: never drink and drive! 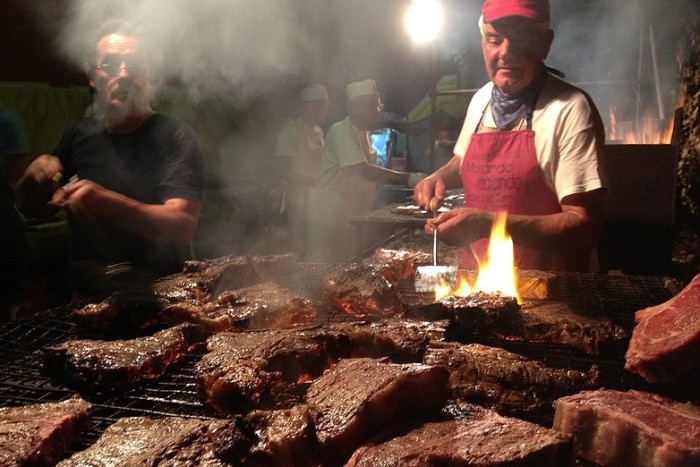 Finally we want to give you a very important tip: these festivals in Tuscany could be very crowded and it is not possible to book a table, therefore it is better to go there early.

Sagra, or the best local food festivals in Tuscany