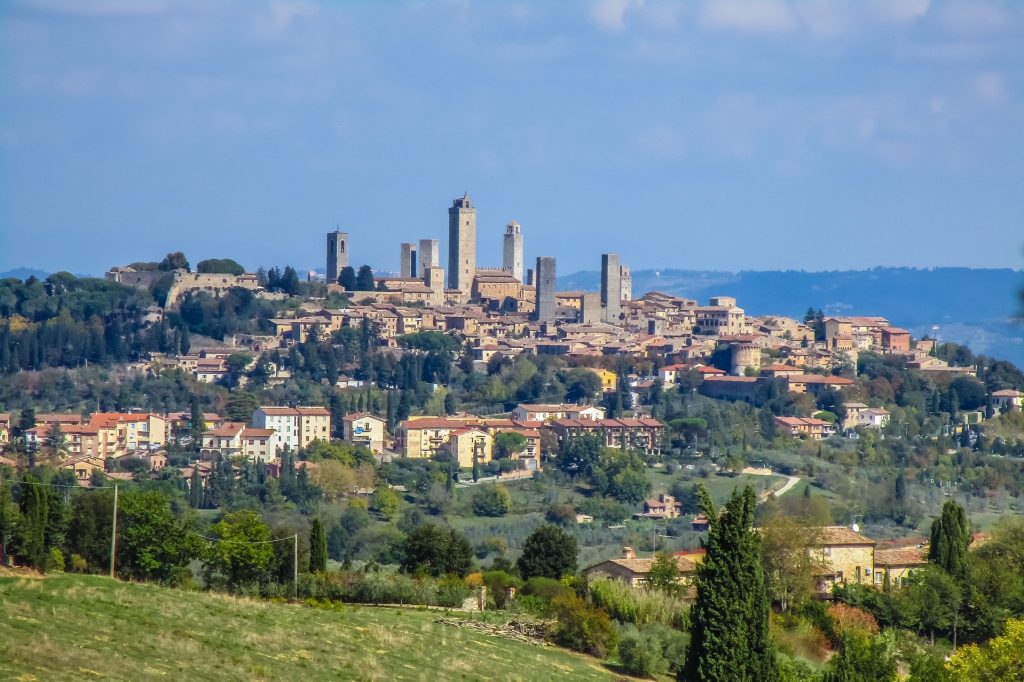 Travelling around Tuscan towns and villages is like a magical journey through the places described in tales. And Florence lends itself to planning day trips throughout the region of Tuscany offering various options for transport, destinations and types of activities. We made just a few of the possibilities that you can integrate into your vacation itinerary. 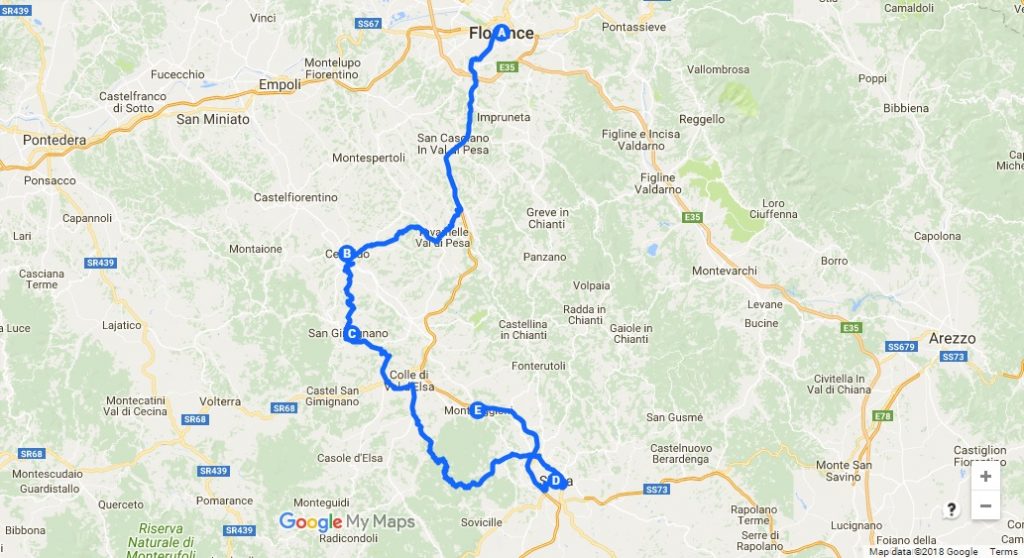 Boccaccio’s Certaldo
Certaldo is a town in the middle of Val d’Elsa valley, about 35 km southwest of the Florence. The town is divided into upper and lower parts. The lower part is called Certaldo Basso, whilst the medieval upper part is called Certaldo Alto. The medieval part of the town has retained a magical atmosphere of the past. Here you can find the not only peaceful atmosphere but also some point of interest. The house of Boccaccio, the author of the famous “Decamerone”, is now a museum. It is presumed he was born there in 1313 and lived until his death. A statue of him was erected in the main square in 1875.

Another sightseeing is the Palazzo Pretorio, or Vicariale, the residence of the Florentine governors, recently restored to its original condition, has a picturesque facade adorned with ceramic coats of arms, and in the interior are various frescoes dating from the 13th to the 16th century. The palace is the symbol of the medieval town, where some major works can be found: a Madonna and Child 1489 by Pier Francesco Fiorentino, a Crucifixion of 1478 and a Pieta. Certaldo hosts several festivals a year. The largest and most famous is Mercantia (in July), a week-long party in Certaldo Alto. It involves numerous street performers from across Italy, Europe and even the Americas. 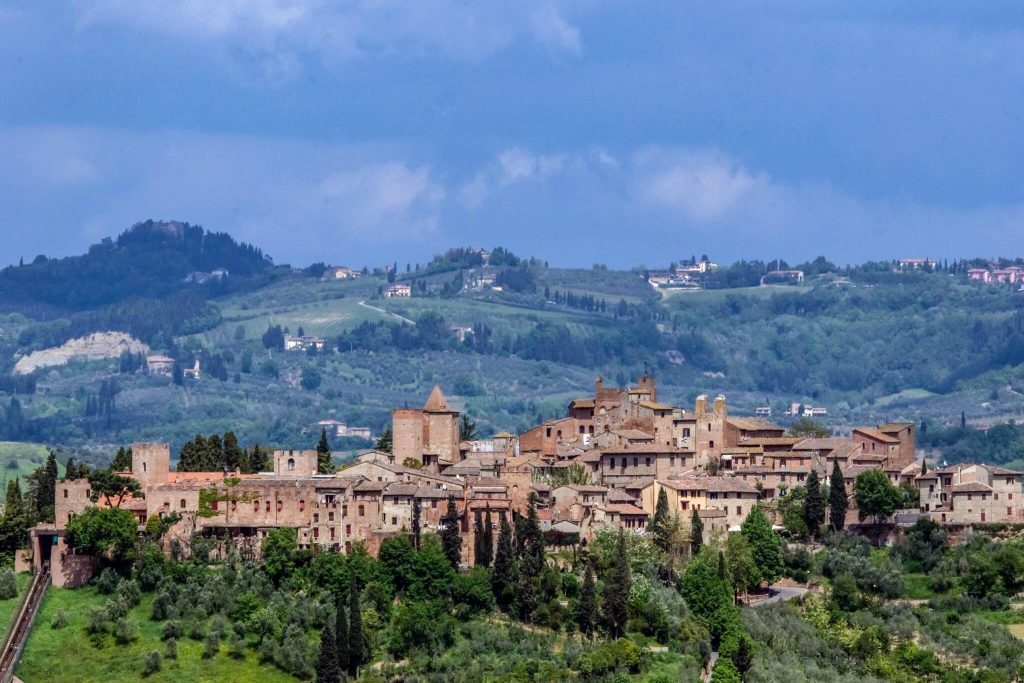 Towers of San Gimignano
San Gimignano is a small walled medieval hill town in the province of Siena. Known as the Town of Fine Towers, San Gimignano is famous for its medieval architecture, unique in the preservation of about a dozen of its tower houses, which have earned him the definition of “medieval Manhattan”. Of the 72 towers, today there are 16. The oldest one is called Rognosa Tower (51 m high), and the highest is Torre del Podesta (54 m high) with the stunning view.

Within the walls, the well-preserved buildings include notable examples of both Romanesque and Gothic architecture, with outstanding examples of secular buildings as well as churches. The Palazzo Comunale, the Collegiate Church and Church of Sant’ Agostino contain frescos, including cycles dating from the 14th and 15th centuries. The “Historic Centre of San Gimignano”, is a UNESCO World Heritage Site. The town also is known for the saffron, the Golden Ham and its white wine, Vernaccia di San Gimignano, produced from the ancient variety of Vernaccia grape which is grown on the sandstone hillsides of the area. 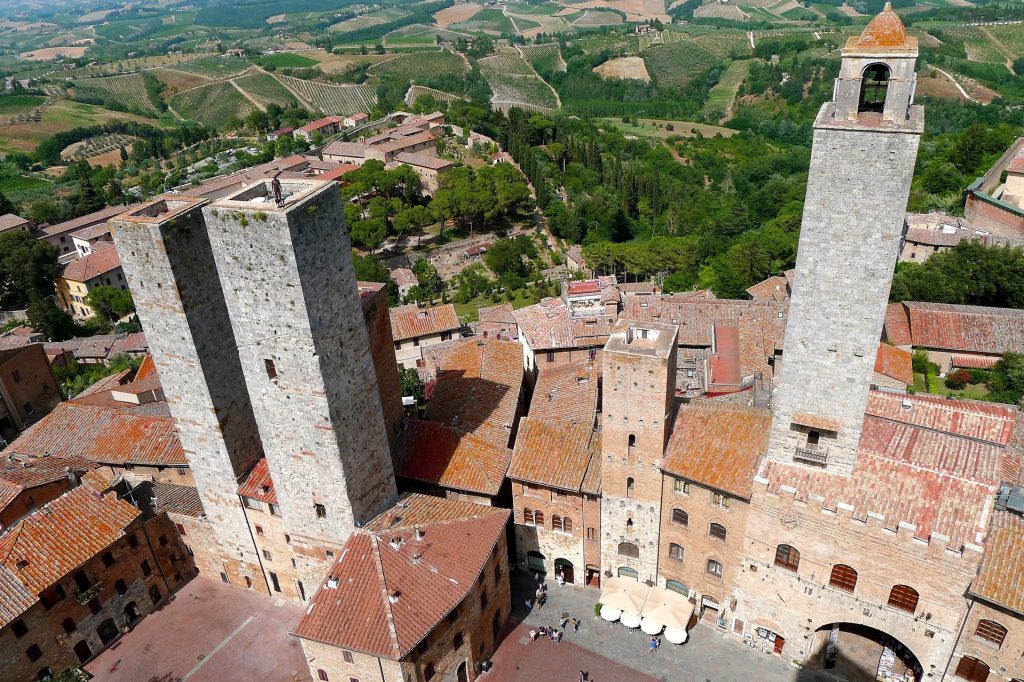 Unforgettable Siena
Siena is one of the most endorsed cities of Tuscany, known for its rich artistic heritage, historical and cultural. The historic centre of Siena has been declared by UNESCO a World Heritage Site. It is one of the nation’s most visited tourist attractions. Siena is famous for its cuisine, art, museums, medieval cityscape and the Palio, a horse race held twice a year.

As you have only one day concentrate on the historical center of Siena. Begin from shell-shaped Piazza del Campo. Here is the largest town fountain the Fonte Gaia, decorated with sculptures by Jacopo della Quercia. Overlooking the square is the Town Hall, which houses the Museo Civico, and Torre del Mangia (400 steps to 87 meters), from where you can enjoy one of the best views of the city. Don‘t miss Piazza Duomo and the Cathedral of St. Mary of the Assumption, a Romanesque-Gothic style church, impressive for the use of white marble, and attractive both inside and outside on the marble decorations walls and floor and the works that are preserved, built by the great Donatello, Michelangelo, Nicola Pisano and Pinturicchio. Inside the Cathedral is worth the visit too. In front of the Duomo there is the complex of Santa Maria della Sala, one of the oldest hospitals in Europe, where many works of art and temporary exhibitions are hosted. 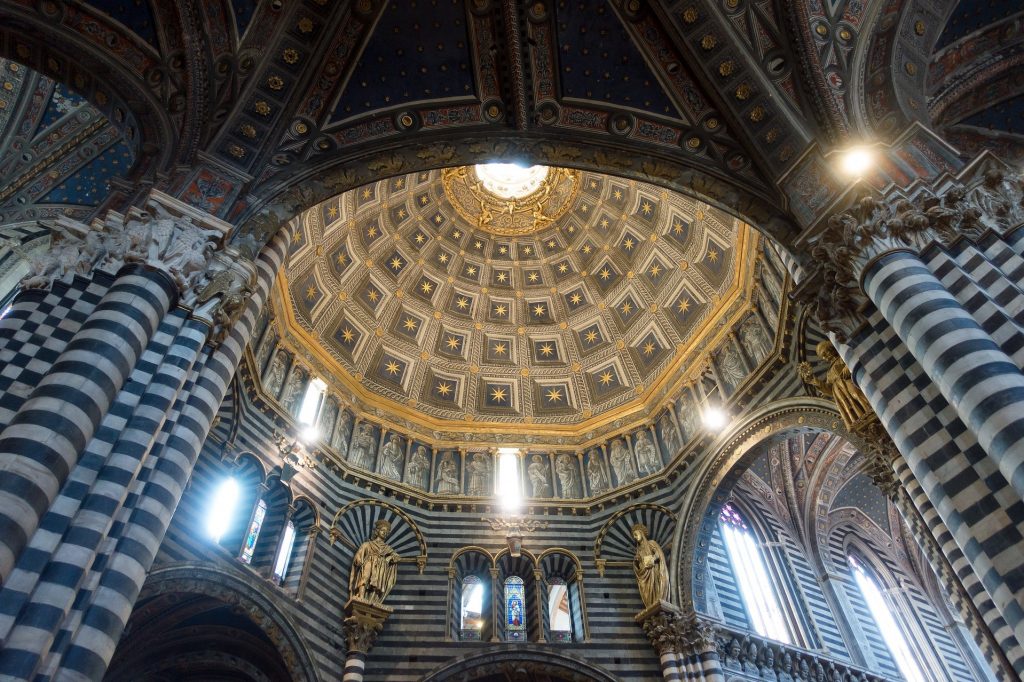 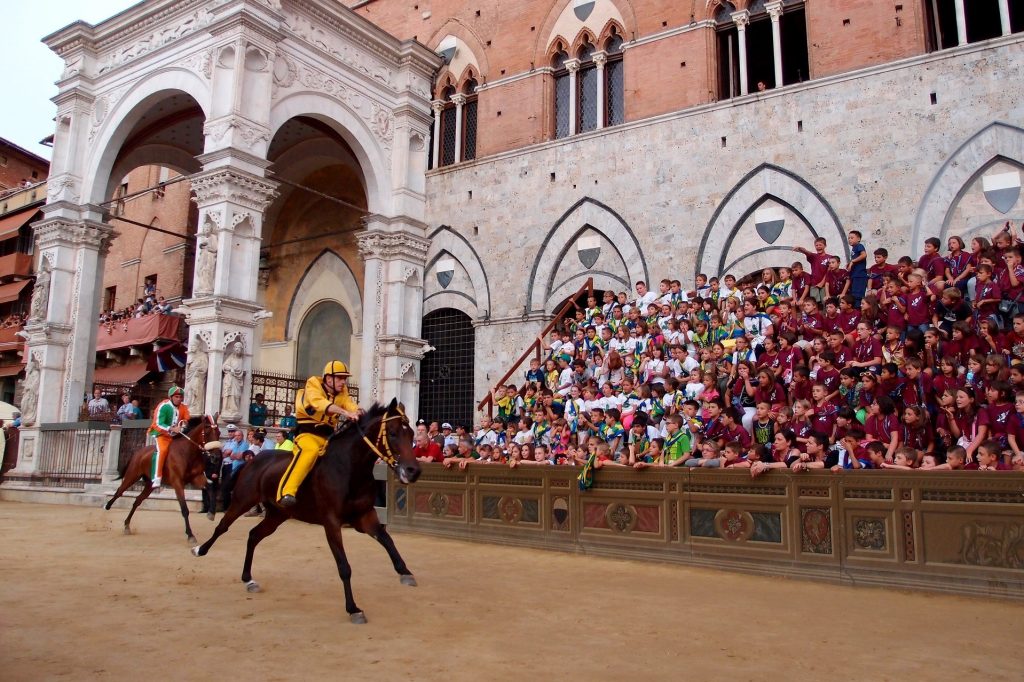 Magic of Monteriggioni
Monteriggioni is a medieval walled town, located on a natural hillock, built by the Sienese in 1214–19 as a front line in their wars against Florence. During the conflicts between Siena and Florence in the Middle Ages, the city was strategically placed as a defensive fortification.

What makes Monteriggioni so special now? First of all, a high stone walls with 14 fortified towers, surrounding the hill top, leaves an indelible impression. Such quantity of towers caused surprise even in the Middle Ages (Dante mentioned them in his work). The length of the defensive wall is 570 m and it has two gates. The village, located behind the wall, is concentrated around a rectangular square, with its main attraction – the Church of St. Maria Assunta. Other houses, some in the Renaissance style (once owned by local nobles, gentry and wealthy merchants) face into the piazza. Off the main piazza smaller streets give way to public gardens fronted by the other houses and small businesses of the town. The legendary pilgrim road Via Francigena from France to Rome also crossed Monteriggioni vicinities. The road is now marked as a pilgrim route and attracts a lot of travelers. 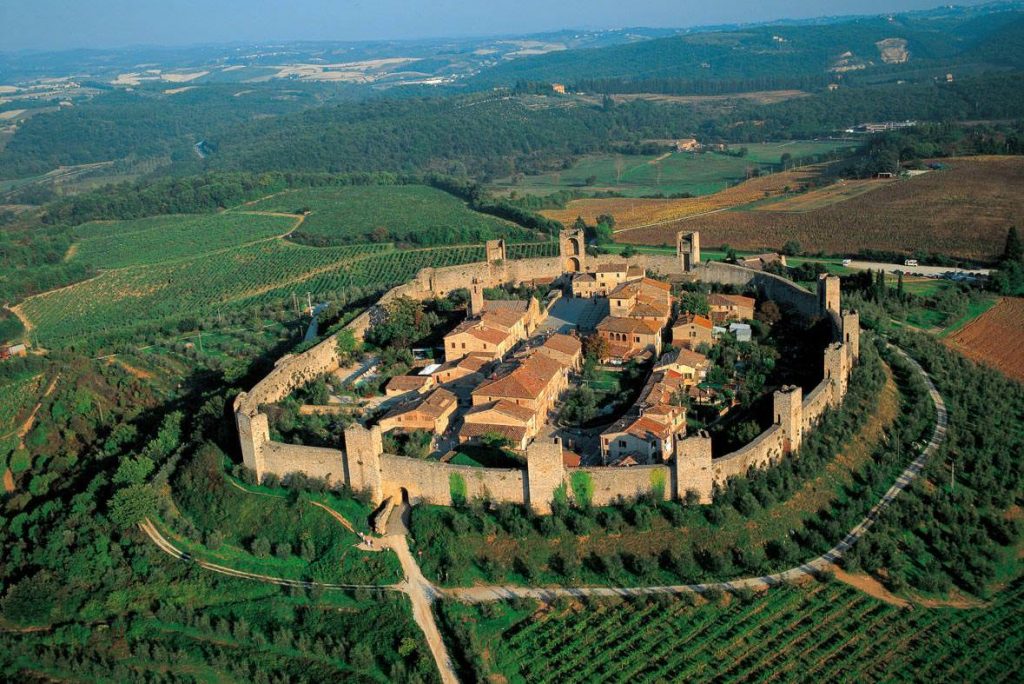