Where to eat in Pisa? 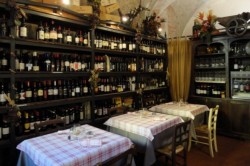 Walking along Corso Italia or lying down on the grass in Piazza dei Miracoli, staring at the leaning tower. But visit Pisa will surprise you also with the food. It could be a good surprise or a bad one, like in every tourist town, but I don’t like bad surprises when I am hungry. So where to eat in Pisa?

First place we are going to suggest is Antica Trattoria Il Campano, aka “Il Campano”. Situated in the city center, halfway between Corso Italia and the leaning tower, is an institution in Pisa. And if you ask to someone local about a traditional restaurant, for sure Il Campano will be mentioned. The menu is wide, with dishes based on meat or fish. We suggest to try the meat there: starter like tartar of tuscan beef, then Maltagliato al ragu bianco ai profumi dei Monti Pisani (english: homemade pasta with meat sauce, spices and pecorino cheese), and as main course sirloin steak with chianti souce and served with baked potato, or, if you like to try something new: trippa centopelli e lampredotto alla pisana (english: tripe in tomatoe souce). 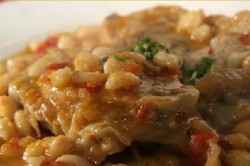 Just a stone’s throw from the first one, there is placed my next best place to eat in Pisa. I’m talking about Osteria dei Cavalieri. More informal and a less expensive than Il Campano, is another piece of meat tradition in Pisa, without disregard fish obviously (at the end Pisa is just few steps from the sea). At Osteria dei Cavalieri I suggest to start with a very traditional bean soup with tuscan grain, then homemade pasta with rabbit and asparagus sauce, finally “ossobuco in umido” (english: bone marrow with beans and tomato sauce).

Best pizza at in Pisa at Pizzeria Il Montino 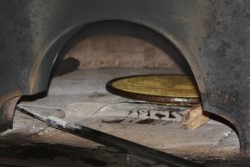 Still in the city center there is my pick about pizza: Trattoria Pizzeria Il Montino, aka “Il Montino”. This is the first pizzeria in Pisa, opened in the XIX century. Obviously it is the best place in the city to eat pizza, and I suggest you all to try calzone, a particular type of pizza folded on itself. 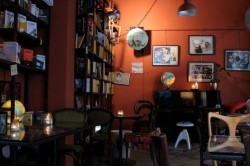 Another place you don t’ have to miss in the city center is Sottobosco Libricaffè. As its name implies, it is not just a place to eat, but a cultural center as well. Indeed is at same time a caffè, a tavern and a library, and not only: in fact in the evening you can find there also good cocktails while listening live bands playing jazz music.

Sandwiches and beer at Orzo Bruno 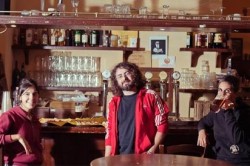 Finally, another unexpected place situated in the heart of the city: Orzo Bruno. It is mainly a brewery, where they sell their own beer, all of which is brewed in a small factory is near Pisa. But you can also eat sandwiches and wraps made with all biological ingredients. The place is large and, sometimes, a bit loud in the evening when it is full of students. Anyway it is probably the best place to have a beer in Pisa.

All places are suggested by our friend from Pisa Francesco. 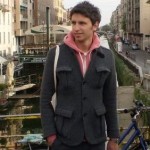