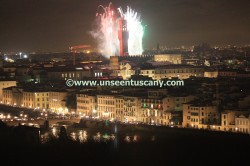 Capodanno – the New Year’s Eve celebration is one of the events in Florence which attracts lots of tourists. Free classical and pop music concerts, theatre performances take place in main streets and at midnight – fireworks adorn the sky of Florence.

Epifania – is an equivalent of Epiphany, a public holiday in Italy. During this holiday, parades of masked revellers appear on the streets of Florence.

Pitti Immagine Uomo – one of the most important fashion events in Flrence of the year. During this event the designs, dedicated for men, are presented by the leading Italian fashion houses. The most fashionable people and a lot of journalists come to the town from all over the country. 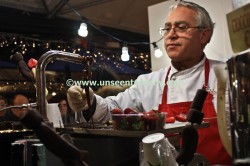 Fiera del Cioccolato – a chocolate fair, held in the cold month of February, has become one of the most important events in Florence. Participants of this week-long event, settle down in the Santa Croce square and delight visitors with chocolate from all over the world.

Carnelave di Firenze – Florence carnival, though not as famous and as big as Venice and Viareggio, attracts a number of masked revellers, who are going through the city streets, entertaining the passersby.

Capodanno fiorentino – the Florentine New Year sounds weird, but it is true – the city from the 1749s celebrates the coming of the New Year and spring. The celebration takes place in the Santissima Annunziata basilica and its surroundings.

Scoppio del Carro – the explosion of the carriage is the main Easter event in Florence already counting ages, which attracts thousands of believers look and tourists. A carriage full of fireworks is put in front of the cathedral and kindled, believing that the holy flame will reach all Christians. The fireworks last about 15 minutes.

Festa del Grillo – is a cricket festival celebrated 40 days after Easter. In accordance with the ancient traditions, on this day every man should leave a live cricket under the window of his beloved. It is believed that this tradition originated in 1582, when the city was flooded by crickets and people tried to get rid of them. It was believed that this was a sign of spring and rebirth, as it was said that Christ came down from heaven with a cricket in his clothes.

Mostra Internazionale dell’Artigianato – it is the International Craft Fair, where even Lithuanians participate.

La Notte Bianca – the White Night in Florence is one of the biggest contemporary cultural events in Florence taking place all night long. Concerts, performances, video installations and a number of street artists from all over Europe attract to the city streets thousands of Florentines and guests every year. 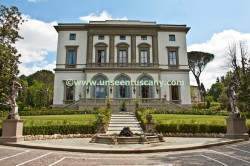 Maggio Musicale Fiorentino – is a festival, taking place since the 1993s, which gives an opportunity to enjoy the world most famous operas, ballets and classical music concerts, performed by world-renowned artists.

Divino Tuscany – is the grand wine tasting in the palaces belonging to Florentine noble families and Sting’s villa together with the most eminent wine connoisseur James Suckling.

Gelato Festival – the Ice-Cream Festival – a great opportunity to enjoy the wonderful Italian ice cream made ​​by the country’s best masters. The event takes different places of the city and it is one the most attended events in Florence by kids. 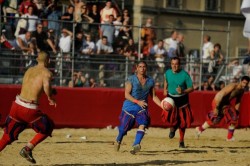 Calcio Storico and San Giovanni- the historic football game and the feast day of John the Baptist seems to have nothing in common. But not in Florence, whose patron is St. John. Since the 1530s, a strange football match is organised in the city – it is a mixture of football, rugby and fights between the city quarters. The game takes place in the square of Santa Croce. In the evening, fireworks light up the sky of Florence. In fact, the 24th of June is a public holiday only in Florence, while the remaining Italy has a normal working day.

The Tuscan Sun Festival – one of the most exciting annual summer cultural events in Florence, presenting in its repertoire the world famous classical music performers, the most interesting films and the tastings of food cooked by best Italian chefs.

The Florence Dance Festival – the guests of the festival that has a history of more than two decades are the performers of classical and modern dance from all around the world.

Firenzestate – various cultural events in Florence (concerts, performances, exhibitions, films) for those who spend summer time in the citty.

It is so good to enjoy aperitifs under the sky of Florence in August. Themed evenings are often organised by Limonaia di Villa Strozzi. 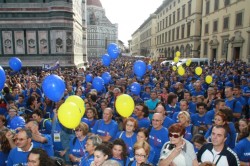 Corri la Vita – one of the most famous Italian runs, dedicated to the fight against cancer, attracting about 30 thousand participants. It takes place on the last Sunday of the month.

The Wine Town – the tastings that take place in the ancient Florentine palaces, courtyards and squares, which present not only regional wines but also wines from other areas of Italy. Here you can have a glass of several different wines, to talk to wine makers or simply listen to music.

Biennale dell’Antiquariato – the Biennale of Antiques organised in the Corsini Palace. Here you can see the beautiful antique furniture, paintings, jewellery and other decorative objects.

Maratona di Firenze – is the Florence marathon, attracting thousands of participants from different countries. The run takes place in the old town and its surrounding streets. 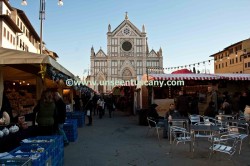 Mercatino di Natale – the Christmas Market usually begins on the first days of December and lasts nearly until Christmas.The square of Santa Croce becomes a colourful and noisy place where the French, Germans, Austrians, Poles, Italians and even Lithuanians offer you to buy various goods or to taste their traditional food and sweets.