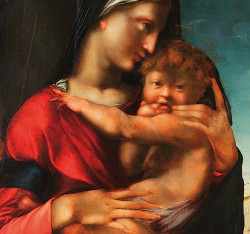 „Un anno ad arte“, a programme of eight temporary exhibitions which will be held in the Polo Museale Fiorentino’s most illustrious museums, opening in the spring of 2013 and closing at the end of the year.

The Galleria degli Uffizi will start the ball rolling with „From Rule to Fancy: Spanish Artists in Italy in the Early Mannerist Period“, an exhibition focusing on the intense artistic exchange between the most important Spanish painters and sculptors of the time – with Alonso Berruguete playing a leading role – and Florentine and Italian later Renaissance artists in the context of the style known as the early “manner”, or Mannerism.

When: 5 March – 26 May
Where: Galleria degli Uffizi, Florence 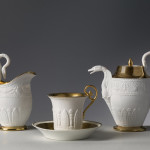 Shortly after that, the Museo degli Argenti will be inaugurating „Luxury and Elegance. French Porcelain at Court and the Ginori Manufactory (1800 – 1830)“, devoted to the first thirty years of production at the Ginori Manufactory in Doccia, a phenomenon of Europe-wide importance thanks to the intense exchange with French manufactories, and with Sèvres in particular, that was such a feature of the first 30 years of the 19th century. 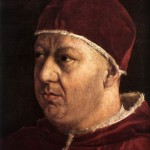 With „Amid Medici Splendour. Pope Leo X in Florence“, the Museo delle Cappelle Medicee sets out to commemorate the crowning of the first Medici pope, Lorenzo the Magnificent’s son Giovanni, exploring his artistic projects and his legacy both to his birthplace and to the places associated with his family, at a time of astounding cultural achievement in Florence and Rome.

The Galleria dell’Accademia’s retrospective entitled „From the Fleur de Lis to the David. Civic art in Florence from the Middle Ages to the Renaissance“ adopts an unprecedented approach to the works of art commissioned from the 14th century onwards to adorn the public buildings in Florence that hosted the administrative magistracies, the ancient guilds or “Arti”, and the offices tasked with overseeing the city walls. The leitmotif permeating this complex expressive genre, so rich in allegorical references to both the sacred and the secular, is the splendid workmanship of the master artisans involved and the beauty of the items they produced.

When: 14 May – 8 December
Where: Galleria dell’Accademia, Florence

In the Galleria Palatina in Palazzo Pitti, „The Renaissance Dream“ is an international exhibition organised in partnership with the Museé du Luxembourg in Paris, in which the public is invited for the very first time to explore the multi-faceted theme of dreams which played such an important role both in ancient mythology and in Renaissance culture. The revelation of a wholly interior world governed by different rules – ranging from the eccentric to the unlikely and the unreal – set artists a real challenge, to which they rose in a myriad different yet equally fascinating ways.

When: 21 May – 15 September
Where: Galleria Palatina, Palazzo Pitti, Florence 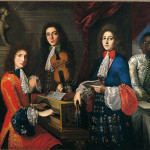 This year the Galleria degli Uffizi will be celebrating „The Grand Prince. Ferdinando de’ Medici (1663-1713) Collector and Patron of the Arts“ . Less well-known than the grand dukes, this crown prince who never came to the throne embodied the patronage of the arts that was such a feature of the family at the highest level, showing an intense interest in, and a sophisticated taste for, the intense creativity of the Baroque style. His court’s town and country life sparked major architectural changes and to numerous projects for artistic embellishment. 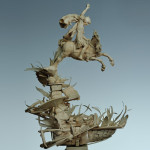 The Museo degli Argenti returns to the scene with an exhibition entitled „Diaphanous Passions. Baroque Ivories from the Courts of Europe“, a retrospective of fairy-tale objects magnificently carved, in particular by sculptors from north of the Alps, whose skill transformed this material of animal origin into an element of artistic perfection. Bas-reliefs, vases, cups and fanciful triumphs illustrate these artists’ endless capacity for invention and their unparalleled mastery of techniquel. 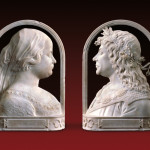 And finally, to mark the year dedicated to cultural exchange between Italy and Hungary, the Museo di San Marco is to host an exhibition entitled „Matthias Corvinus and Florence. Art and Humanism at the Court of the King of Hungary“, focusing on the splendid season of 15th century Humanism at the court of Buda and on the powerful personality of King Matthias Corvinus, a keen lover of books and patron of the arts who was a personal friend of Lorenzo the Magnificent and who sourced his illuminated codices in Florence. The exhibition also investigates the many Florentines who flocked to Hungary, such as the mysterious “fat woodcutter” lampooned by Brunelleschi or mercenary captain Pippo Spano, and helped to strengthen the ties between the two Renaissance centres.

All photos in this article were taken from the official website of the project.