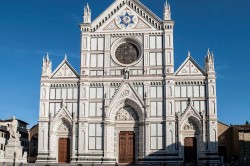 If you are planning a visit of world‘s renaissance capital, one of the main questions is accommodation in Florence. It‘s not easy to choose accommodation in Florence, the city with such a wide selection of every kind of hotels – from five stars world famous hotels to very basic but cheep hostels and many many options in between. Which one is the best for you and in which part of the city? UnseenTuscany.com team divided the city into the zones and described their main features. Today we will talk about the Santa Croce zone.

The city center of Florence has been inscribed on UNESCO’s prestigious World Heritage List. But there are many stunning monuments outside the down town, such as Santa Croce zone and its surroundings. Piazza Santa Croce is one of the main squares of the historic centre of Florence, Italy. It is located near piazza della Signoria and the National Central Library, and takes its name from the Basilica of Santa Croce that overlooks the square. The Basilica is the largest Franciscan church in the world.

On the other hand accommodation in Florence Santa Croce zone has some negative sides, like noise during the night. You cannot reach the place during the day with the car. It is quite far from the railway station. 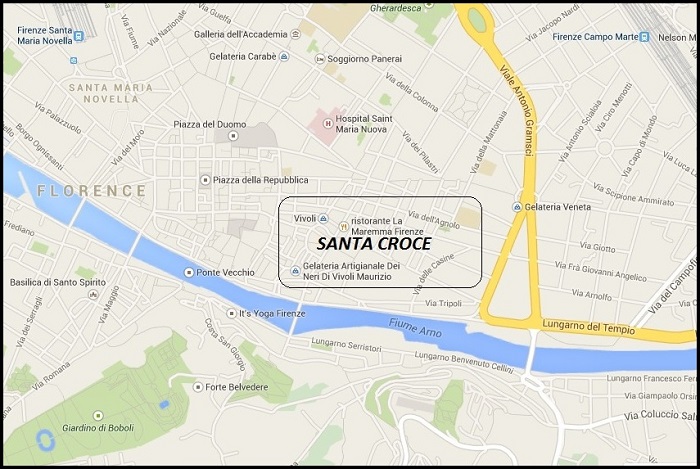