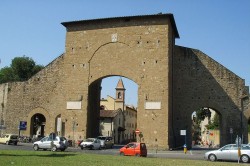 If you are planning a visit of world‘s renaissance capital, one of the main questions is accommodation in Florence. It‘s not easy to choose accommodation in Florence, the city with such a wide selection of every kind of hotels – from five stars world famous hotels to very basic but cheep hostels and many many options in between. Which one is the best for you and in which part of the city? UnseenTuscany.com team divided the city into the zones and described their main features. Today we will talk about the Porta Romana zone.

The city center of Florence has been inscribed on UNESCO’s prestigious World Heritage List. But there are many stunning monuments outside the down town, such as Porta Romana zone and its surroundings. Porta Romana is the gateway of the south wall of Florence. Set on the road to Siena and Rome, hence the name, it is still an important point of access to the city center and nearby hills.

Accommodation in Florence, Porta Romana zone, has many positive sides. First of all the zone of Porta Romana is „the door“ to the Piazzale Michelangelo and surrounding hills. There you can find some realy charming high level hotels, surrounded by greenery and tranquillity. The zone is easily accessible with the car. Inside the city wall there are medium and basic level hotels and B&B.

On the other hand accommodation in Florence, Porta Romana zone, has some negative sides, like the distance from the railway station, down town and the main highlights of Florence. There are just few restaurants and bars. 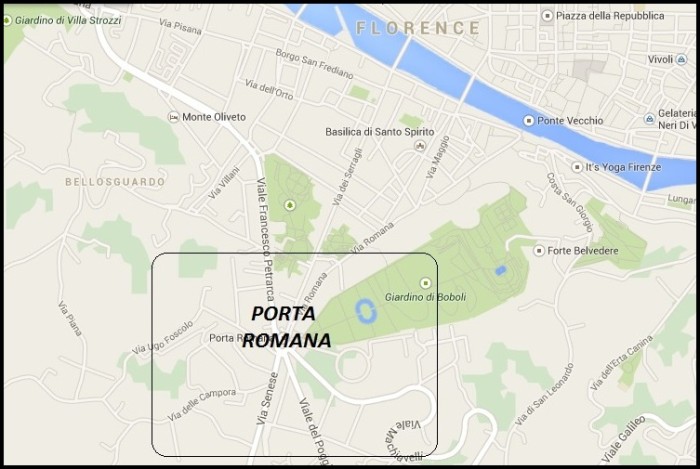