Tuscany, with its fascinating remarkable nature and small villages spread all around, long since has attracted the most famous Italian and international film directors. So this time, here is a list of films, shot in Tuscany, by world-renowned directors:

The majority of scenes of ‘The English Patient’ were filmed in the beautiful Val d’Orcia in southern Tuscany. For the episodes, where Juliet Binoche took care of Ralph Fiennes, the director chose the monastery of Sant’Anna in Camprena, which you can visit or even make a stop in it.

The scenes where Russel Crowe walks through the field of golden spica were also filmed in the Orcia Valley.

The persecuted car at the beginning of the film actually was driven like mad in the mountains near Carrara in the north of Tuscany. For adrenaline-seekers there are special jeep tours through the ancient marble mines and rocky mountain roads. Feel like a secret agent!

Many scenes of the Hannibal were filmed in Florence. Among them – the famous episode in which the character, embodied by Italian actor Giancarlo Giannini, falls from Palazzo Vecchio. Gloomy mood accompanied by Anthony Hopkins strolling along the banks of the Arno River, leaving behind the misty bridge of Ponte Vecchio.

The film, which was awarded three Oscars, famed a small Arezzo city and its beautiful main square. By the way, film’s actor and director R. Benigni was born near Florence, in a village called Vernio.

This film, based on the E.M. Forster novel, is like a virtual tour around Florence and its vicinities. The film won three Oscars and was nominated for five more.

The film pictures Florence, untroubled by the Second War presentiments, noble English women, sacredly believing in the power and care of Dictator Mussolini and drinking tea in the Ufizzi gallery. Some scenes with Judi Dench were filmed in San Gimignano town.

Much Ado about Nothing (1993, dir. Kenneth Branagh)

A classical piece, written by Shakespeare and interpreted by Branagh, was filmed in Villa Vignamaggio just outside Greve in Chianti village.

Bertolucci always fascinated viewers with his extraordinary visions and fantasies; therefore one of the most charming scenes when Liv Tyler is dancing alone was filmed near Gaiole in Chianti. 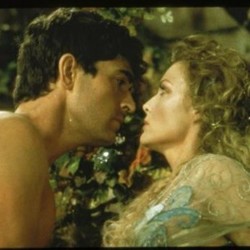 Another film based on Shakespeare’s work set in Tuscany. The director invented a village called Monte Athena. 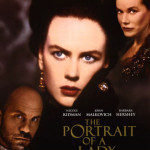 A film with Nicole Kidman and John Malkovic, shot in Florence and Lucca.

Montepulciano and Voterra towns can be easily discovered in some parts of this story.

A film about a Russian writer, travelling through Italy and writing a book about his compatriot – an 18th century Russian composer. Many scenes were filmed in Tuscany.

Hot Italian sun brightens dark thoughts and heals the wounded soul. Even the main heroine of this romantic story – writer Frances Mayes (Diane Lane) assured herself of that. The ten-day trip to Tuscany helps her to recover after her husband’s betrayal and divorce. However, the region enchants her so much, that she decides to stay here forever. The shooting took place near the town of Cortona.