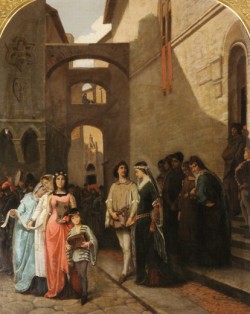 Vacations in Tuscany – is a wonderful gift for St. Valentine’s Day. So why don’t you spend a few days in romantic Florence, where you will hear lots of unusual love stories.

Buondelmonte de ‘Buondelmonti was a handsome and elegant young man, but one day he was attacked from ambush and murdered on the Old Bridge. The blame for this, of course, was laid on love: this young man had promised to marry the descendant of the honourable Amidei family, but later withdrew his intentions. The shame was washed away with blood… 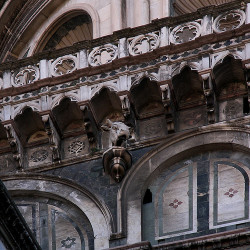 At the time when Brunelleschi conducted the constructions of the famous Santa Maria del Fiore dome, many artisans and workers were entangled in various love stories. One of them left a permanent mark on the Florence Cathedral. It is said there was a beautiful seamstress living in a house at the beginning of Via dei Servi Street, who used to look out the window everyday and to observe the building works. One of the senior masters noticed the beauty and, when her husband was away at work, contrived to start meeting the woman at her home. After this short story of passion ended, the master decided to ‘play a joke’ – he carved a bull’s head in marble, decorated with huge horns, and placed it on the wall of the cathedral just in front of Via dei Servi and the house of the beautiful seamstress.

Meanwhile, Robert and Elizabeth Barrett Browning – the eminent couple of English poets, escaping from the stern Elisabeth’s father, found a shelter in Florence. They lived here happily during the 15 years, in a house that is known as the ‘Casa Guidi’, standing next to the San Feice square. Their home became a true Mecca for Anglo-Saxon community of Florence. Only after the death of Robert, Elisabeth and her sons returned to their homeland. 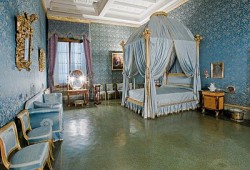 Villa Medicea de La Petraia is also hiding a love story. Vittorio Emanuele II di Savoia was the first king of a united Italy and the former country villa of the Medici family was turned into the king’s summer residence. There is still a room called ‘Bella Rosina’ in the villa, which was named after the mistress of Emanuele.

However, perhaps the most famous Florentine love story, without any doubts, belongs to Francesco I dei 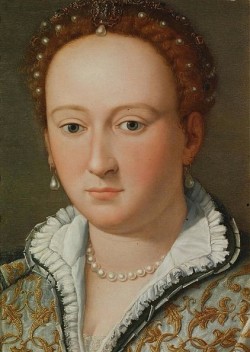 Medici and Bianca Cappello. Bianca was the descendant of a famous Venetian family. In 1563 she fell in love with Florentine Pietro Bonaventura, ran away with him to Florence and soon got married. But during a reception, Bianca met Francesco de ‘Medici and these two young people fell in love with each other at first sight. Although Francesco already had wife Giovanna, this did not prevent him from relationship with Bianca. Soon Giovanna died in mysterious circumstances, so the lovers did not have to hide any more. Finally, they got married and Bianca became wife of the Grand Duke of Tuscany. After eight happy years, during their rest in Poggio a Caiano country villa, one evening they suddenly felt bad and having a temperature. Francesco I died 10 days later, Bianca passed away on the 11th. Over the years, many people were in search for the answer, what happened to the most famous Florentine couple, but the version of poisoning with arsenic is not confirmed yet.